I get asked this question a lot by our investors, “what do you think is going to happen with prices in Poblado over the next 10 years”?  I don’t have a crystal ball but it’s actually not difficult to predict the future of Medellin’s wealthiest and most exclusive district of 400,000 inhabitants.  In short, new supply is down, demand is way up and it doesn’t take an economist to tell us that probably means prices will continue to rise at least the rate that they have in the past.

Over the last 10 years much of the large scale commercial and residential development in Medellín was focused on El Poblado.  Here’s just a short list of some of the major landmarks that weren’t here 10 years ago that today we just take for granted: 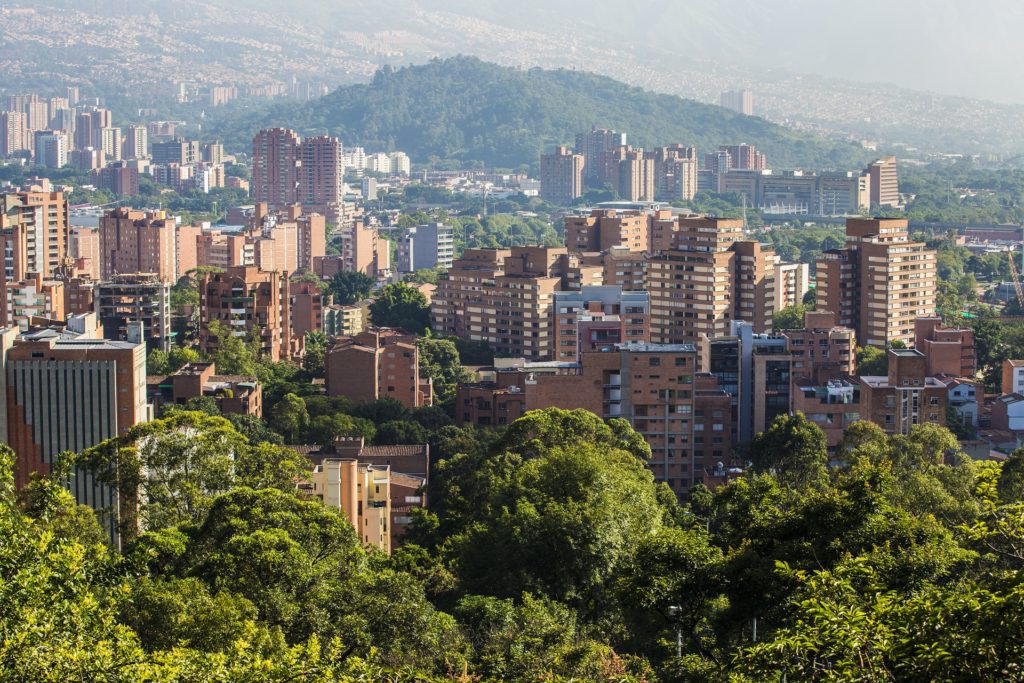 And these buildings are just a drop in the bucket compared to the hundreds of high rise residential towers and dozens of infrastructure works, bridges, over/underpasses, street widening, etc., that have been completed in Poblado over the last 10 years as well.

However in late 2014, Medellin city planning made a series of decisions in the zoning guidelines that affects all new development throughout Medellin over the period of 2015-2027 (thousands of pages of material and maps here if you’re interested).

To sum it up in English, Medellín city hall in December 2014 declared Poblado, “done” as I wrote about back then in the sense that Poblado is a now dense, mature market and future development while not discouraged is clearly not as desired as it was in the past.

You see, the more you build anywhere the more stress you put on local infrastructure and there is a cost/benefit of that development related to the tax base that at some point doesn’t make sense.  We hit that in Poblado over the last few years and one product of that is the FONVALMED tax levy that residents of Poblado were hit with in 2014 to pay for all the extra infrastructure and services.  It’s also true that more infrastructure and easier mobility means higher desirability and therefore higher real estate values so the vast majority of Poblado residents understand the tax as a necessary evil.

New construction permits in Poblado are now very hard to come by.  Where you could once build 50 apartments you can now maybe build 30, once 15 floors is now 10, maximum parking spaces per apartment unit is now 1.5.  Combined with new regulations for building circulation, higher taxes on developers, mandatory dual fire exits, and rising prices of the lots you can actually build on and it’s harder and harder to make the numbers work.  In some respects we need to see prices rise further yet in order to justify the costs of launching a new development in Poblado on the few remaining bits of land that haven’t been built on.

This is precisely why you’ve seen the construction booms in Sabaneta, upper-Envigado, Belen and Bello over the last few years.  Poblado is now home to less than 10% of new development in the metro Medellin area and I expect that number to drop in coming years further crimping new supply to the market.

Demand for Poblado is not decreasing however, not among locals, foreigners, business people nor tourists.  Poblado is still where most people want to be in Medellin both as residents and investors.  So in summary, to consult the future of property values in El Poblado, one could continue their research here.

Signing off in search of the next project,